Well, that was depressing.

When I first decided to watch Feud I had middling expectations, on one hand you have a talented cast and intriguing plot and so it would have taken something pretty dire to bomb, on the other hand I imagined that the characters of Bette Davis and Joan Crawford would serve as mouthpieces for campy and bitchy insults. For a while I was right, the first few episodes are filled with petty one upmanship and while fun, provided little substance. Little did I know that following -what I consider to be the turning point of the series – Bette and Joan’s dinner table chat in episode 3 the show would delve deeper into the complex lives of these two Hollywood stars and into the struggles they endured not just as actresses but as women too.

The last few episodes of Feud have taken a darker turn and a somewhat depressing ending was to be expected, that said, I didn’t expect to end up feeling so glum after the end credits. Don’t think that means it’s a bad finale, it’s not, it’s a great finale but it’s an ultimately depressing one.

Seeing Joan Crawford as a frail, helpless woman is a grim experience, even before these scene, watching her scrape at the bottom of the barrel, playing a part in the abomination of a movie Trog is so humiliating an experience for her that you just want to reach out and hug her (bearing in mind, she’s no saint, we’ve seen how horrible Joan can be).

Bette too has moments of glumness in this episode and hearing her tell her daughter about the letters her own mother wrote to friends slagging off Bette is heartbreaking, especially when we know how much she doted on her mother. For the most part though, Bette gets off lightly compared to Joan, although we don’t see how lonely and sad Bette’s final years were, the brief visit to the doctor’s isn’t dissimilar to Joan’s trip to the dentist and could serve as a nice indicator as to how Bette’s life pans out.

There’s just too many significant moments in this episode to mention, from Bette being unable to speak when Joan answers her telephone call to the In Memoriam clip and it’s following toast. Of all the scenes the late night party at Joan’s house is the stand out. On seeing Hedda and Jack for the first time, dressed to the nines and laughing and with Joan joining them, leaving her nightdress and ragged hair behind I was initially convinced that she had died and joined them ‘beyond’ – until of course Bette came along. I then thought it was a dream, which was sad enough a thought, but on revealing that it was in fact simply Joan’s imagination the reality of the scene hit me like a train: it’s just so sad.

To conclude I really enjoyed Feud, more than I thought I would in fact and a lot of that is down to the acting and staging and also thanks to the fact that the show was so much more than two Hollywood legends insulting each other. We end up with an interesting insight into the injustice of being not only a woman in Hollywood (or any profession to an extent) but to being a woman over a certain age and the insecurities that are bred. It’s been a sobering finale but a fitting one and for once, ending a series on a ‘what if?’ is wonderfully apt. 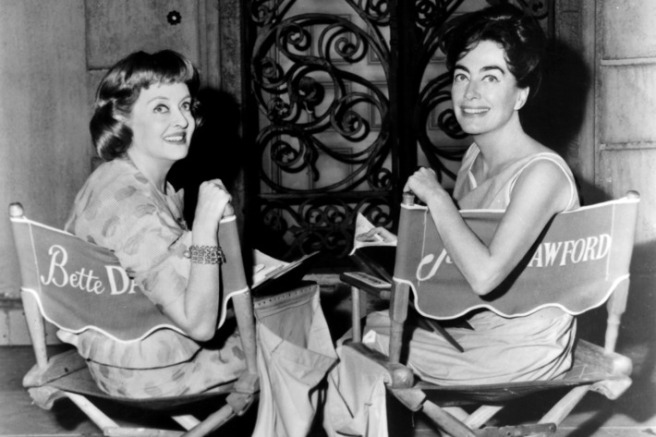