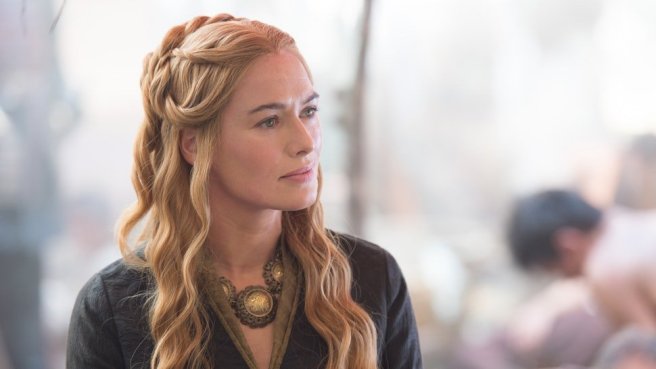 With Game of Thrones drawing to the conclusion of its final series I figured now would be the perfect time to share with you my unabashed love for Westeros’ most hated woman. Queen of the Seven Kingdoms herself: Cersei Lannister.

That’s right, the murderous, scheming, incest-prone Lady Lannister is my favourite character and one who I would have no problems seeing sat on that Iron Throne come the end of the series.

“But why??” I hear you ask, “She’s evil!” That she is, but it doesn’t stop her from being one of the most dynamic and interesting characters left in the show, and her recent shrewdness has shown that her self-preservation game is strong, making her one of the best players of the game left alive. After all, as she herself once said; when you play the game of thrones, you win or you die.

So here’s the case for Cersei.

You can say that again, Cersei has certainly been put through the ringer a fair few times and yet she’s still sitting pretty (hideous haircut aside) on the Iron Throne. Losing literally her whole family (let’s face it, Jamie ain’t making it out of this show alive and as far as she’s concerned Tyrion was never part of her family anyway) has only made her more determined to keep the throne. Her miserable story began long before the first episode, her mother died when she was a child, she was unwanted by Prince Rhaegar Targaryen, married off to the boozy Robert Baratheon and losing her first born child (if we go by the show anyway) it’s hardly been plain sailing for her. If anyone represents a strong monarch it’s Cersei.

The people don’t hate her

Sure, they probably don’t love her either but have any of the citizens of King’s Landing tried to overthrow her? That said have any of the other houses tried to overthrow her? She dealt with the pesky Tyrells and as much as the Starks hate her you’d bet Sansa doesn’t fancy facing a rebellion against the crown. Daenerys is probably the only person keen to usurp her and since the Long Night her dothraki are gone and looks like her unsullied are wiped out too, everyone else following her is doing it out of fear (remember what happened to Samwell’s family?). With Jorah gone (RIP) Dany looks like set to fall into full blown Targaryan madness, and who would you rather answer to? Dany and her dragons or Cersei and her wine?

So arguably the Lannisters are all but extinct now that Tommen, Myrcella and Joffrey are gone, but the Lannister name still carries weight around Westeros. More so than the Starks (Northern favourites only), the Greyjoys (something of a laughing stock), the Martells (are they still a thing?) and the Targaryens (it was not that long ago Daenerys’ father was burning people!) Strong and stable, a Lannister on the throne seems the best option.

She has a strong claim to the throne

Okay, so this is probably a less compelling argument for Cersei but since Tommen left no heir when he died, Cersei sitting on the throne is the natural succession.

Ahhh but what about Daenerys? She’s a Targaryen the throne is rightfully hers!

Sorry to burst your bubble but…no. First of all, if we’re working with the idea that the Targs are the rightful heirs (hold that thought) then the recent reveal that Jon is in fact Aegon Targaryen immediately pushes Dany down the rightfulness scale. Secondly, this is irrelevant because the Targaryens aren’t the rightful heirs.

When Robert Baratheon took the throne the lords of Westeros swore fealty to him and accepted him. He won the throne fair and square in battle and his reign was accepted, meaning the Baratheons (and by marriage the Lannisters) are the rightful rulers. This, may I point out, isn’t even some high-fantasy, made up rule, Henry Tudor (aka Henry VII) did the exact same thing when he took he crown from Richard III, setting up the Tudor dynasty (read a history book people).

Now we know that Cersei and Robert’s children aren’t actually Baratheons (ick) but although it’s suspected by many in Westeros, as far as the masses are concerned they were the natural heirs to the throne, and again, their reigns weren’t challenged (or at least not successfully *cough* Stannis *cough*) so again Cersei taking over is no biggie. And as for Gendry, a technical Baratheon maybe, but still a bastard and bastards can’t inherit the throne.

Cersei has one of the strongest claims of the lot, plus with all that time as Queen Regent, Dowager Queen and now straight up Queen she certainly has the job experience needed.

Evil and murderous sure, but at the end of the day Cersei is just so entertaining (not least thanks to Lena Headey’s fabulous portrayal). From her scandalous sleeping with her brother to her drunkenness and sarcastic comments, it’s safe to say that Cersei has a lot more entertainment value than, well, anyone else left on the show.

Daenerys stopped being interesting years ago, and if Jon had stayed dead I doubt we’d really have missed his dour face and monotone line delivery all that much (sorry Kit Harington).

It’s fun to root for the baddie. The show hypes up Dany, Jon and the Starks to the extent that their heroics have become tiresome, and besides, since when has any ruler been as saintly as Jon Snow?

Judging from the way the show has a tendency to pander to fanboys (and girls) Cersei’s days look pretty numbered but who knows we might be surprised. Whatever happens, if Cersei does go out, let’s hope it’s with a bang.

One thought on “In defence of…Cersei Lannister”