Before Theresa May jumped on the bandwagon and called for an impromptu General Election the world of politics was readying itself for the French Presidential Election.

The first round begins on April 23rd and if no candidate wins a majority (highly unlikely at this point) then a second election will be held between the top two candidates on May 7th. With the election too close to call and the recent terror events in France fresh in everyone’s minds, the whole world will be looking to France this weekend waiting in anticipation to see who is elected President. Here’s a look at the top candidates battling it out for the top spot. 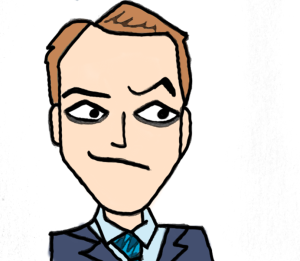 Like a macaron only less tasty, the En Marche! leader is the current favourite to make it to the next round. Having seemingly come from nowhere, the current French polls project that he’ll claim 23% of the vote in round one and is highly likely to win round two. At 39, he would be France’s youngest ever President should he win.

Before this Election: Macron has never been elected to office and previously worked as an investment before being made a senior adviser to François Hollande. He became economy minister in 2014 but resigned in 2016 in order to set up his ‘movement’ En Marche! (On the Move)

Leaning: He himself says he’s ‘neither left or right’ and is generally considered a Centrist with a liberal economic outlook.

Policies: Macron has clear economic views with intentions to boost public investment (and cut spending), remain in and strengthen the euro, and cut taxes on businesses. He suppors NATO and the EU, opposes Donald Trump’s immigration policies and in terms of foreign policy his top goal is ‘to kill ISIS’ he also plans to increase defence spending to 2 per cent and hire 10,000 more police officers. Some of Macron’s other policies include reimbursing the costs of hearing aids, glasses and dentures, banning mobile phones from the classroom and introducing a €500 ‘culture pass’ for 18 year olds.

Scandal Factor: Macron has managed to avoid scandal although his marriage to his former teacher Brigitte Trogneux who is over 20 years his senior has sparked some minor controversy.

Le Pen’s popularity has been rising significantly ever since 2011 she took over the far-right party Front National founded by her father. In 2012 she finished third in the elections and is projected to make it to the final round this time around. Whether she could win in the second round remains doubtful.

Before this Election: She is a lawyer by training but has been engaged politically for some time.  After taking over from her father Jean-Marie Le Pen, as leader of the Front National she has worked to soften the party’s image and break from it’s anti-Semitic and xenophobic past. Determined and theatrical many of her supporters are now women and young  people and if Twitter is anything to go by Mr Trump is a fan.

Policies: Many of Le Pen’s policies revolve around immigration, she wants to cut immigration by 80% to only 10,000 people a year and plans to introduce extra tax on employers hiring foreigners. Illegal immigrants will be ‘automatically’ expelled and extremist Mosques will be shut down. She wants to leave the EU and plans to call a referendum on the matter and she also wants to quit NATO and reintroduce military service.

Scandal Factor: Her party was plagued with scandal long before Marine took over, having said that her rhetoric towards Muslims has been highly xenophobic and her recent comments denying France’s involvement in the Holocaust have made many question whether her party really has shed it’s racist views.

On paper Monsieur Fillon looks like a winner. He’s the only candidate from a mainstream party (Les Républicains) and is the only candidate with major governing experience having held a variety of ministerial positions before serving as Prime Minister under Nicolas Sarkozy (who he defeated in the primaries last November.) Despite his campaign being dogged by controversy, the current third placed candidate can count on his voters turning up on election day.

Before this Election: As Sarkozy’s PM, Fillon was considered something of an underling, and was dubbed ‘Mr Nobody’ by Le Monde. However defeating his former boss and former PM Alain Juppé it seems Fillon can appeal to many more voters than he was initially given credit for.

Leaning: Centre-right and very conservative (he has previously voted against gay-marriage)

Policies: Fillon plans to raise the retirement age to 65, scrap the 35 hour week and raise it to 39 hours. He wants parents to agree to a ‘parental responsibility contract’ in order to tackle bad behaviour and absenteeism among children. In addition to this (and undoubtedly to the horror of the vast majority to school children) he wants to reintroduce school uniform. Fillon opposes the sanctions on Russia but wants to remain in both the EU and NATO. Like Le Pen he has zero tolerance for Islamism and plans to reduce immigration to a minimum.

Scandal Factor: Fillon’s popularity took a nose dive in January when allegations that his Welsh wife and two of their children had received public funds for jobs that either didn’t exist or were ‘improper’. He is now under investigation although he maintains innocence on the matter, dubbed ‘Penelopegate’ after his wife Penelope Whether or not these allegations have an adverse effect on his chances remain to be seen but he currently trails behind both Macron and Le Pen.

A former Trotskyist and dubbed by some as the ‘French Bernie Saunders’ Mélenchon is by far the most charismatic and entertaining of the four.  His popularity began to soar following the televised television debates which presented him as witty, sharp and tech savvy as he appeared in several different cities at once via hologram. The far-left candidate shares many views as Le Pen and has captured the hearts of many young French who see him as a revolutionary figure.

Before this Election: Mélenchon ran in the last election and gained 11% of the vote in the first round, prior to this he was a member of the Socialist party for over 30 years but quit in 2008 to set up Parti de Gauche (the Left Party) however for this election he has the backing of a ‘movement’ La France Insoumise (France Unbowed) rather than an established party.

Policies: His vision for a ‘Sixth Republic’ would involve proportional representation and a voting age of 16. He wants to end austerity, achieve zero-homelessness and spend 100 billion euros on environmental transformation which would include abandoning nuclear energy. He wants to lower the pension age, raise minimum wage, cut the length of the working week and tax top earners at 90%. Unlike Le Pen he would remain in the EU provided he could renegotiate some treaties, but he does want to leave NATO.

Scandal Factor: Mélenchon has escaped the varying degrees of scandal that surround his opponents but he arguably as the most limited chance of progressing to the second round, his radical views may be off-putting even to left leaning voters and his backing by the French Communist party may make others see red.

Who do you think will progress to the next round? Who will win? Are you French or living in France and want to have your say? Let me know in the comments!

All photos copyright of Trudi-Rose Edwards

2 thoughts on “Le Who’s Who of the French Election”