For many, Europe is the most romantic continent out there, look at any list that ranks romantic destinations and you’re likely to find the likes of Paris, Venice and Rome up near the top, but are these cities really as romantic as they’re made out to be? Let’s take a look at some European capitals and find out… 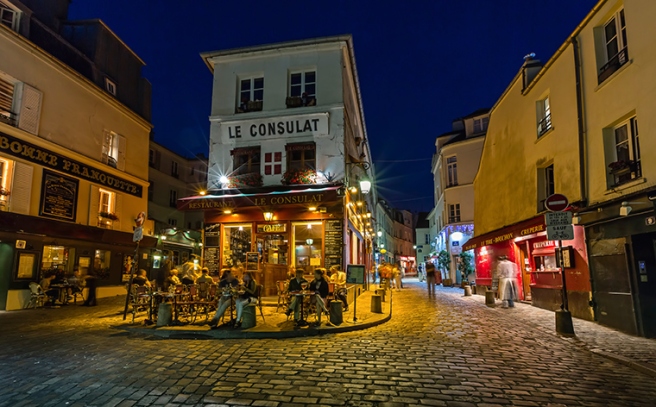 The French capital has long been credited as the Most Romantic City on Earth etc. etc. but here’s the problem with Paris. The city knows it’s romantic, it makes a point of telling you you’re in the Most Romantic City on Earth, it fools you into doing these grand romantic gestures like proposing on top of the Eiffel Tower (now there’s an original idea) or convincing you it’s a good idea to attach thousands of padlocks to 80 year old, rickety bridges above the Seine. The trick up Paris’ sleeve is that it does look amazing, it’s a beautiful city, it’s chic, it’s historical, it’s stylish, even the people are beautiful, it looks exactly as it does on it’s Instagram page and so it convinces us that we absolutely must go there with our significant other. The problem there is that with so much beauty around you that significant other can seem so…mundane. As you stand squashed together like sardines, craning your necks to catch a glimpse of the Mona Lisa you’ll find yourself completely un-enamored by the significant other in question and wonder why the sexy Parisian across the room won’t just whisk you away to some hidden gallery away from the masses where the two of you will undoubtedly fall madly in love. As you and your partner tuck into your street crepes by the Notre Dame you’ll be repulsed by their inability to keep Nutella off of their chin and long for someone as sophisticated as the femme across the street who delicately eats her baguette sans mess. Basically Paris makes you fall out of love, you’ll realise that yes, you can do better and you don’t need to settle for this so-so person sat next to you on the metro to Disneyland. Paris is a place to fall in love with someone new, it’s a city for those in love with love. It’s a place to meet someone and get to know them as the two of you sit on a roadside cafe, bathed in so much dusky light that you appear solely in soft focus. Paris is perfect for those movie-moments when a cutie with a map asks you for directions to the Eiffel Tower and it’s right behind them (true story) you laugh, your eyes meet and you elope together the next morning (slight exaggeration) So if you’re planning to go to Paris on a ‘romantic getaway’ think again, because by the end of your weekend at least one of you will be wondering when they can go back there alone.

Unlike Paris, Laandaan doesn’t claim to be any more romantic than most places (except maybe Portsmouth, who knows?) but being a city filled with bars, restaurants, galleries and museums, theatreland, shops, parks larger than Monaco and hotels fit for royalty it’s not hard to see why London is a popular destination for lovebirds to visit together. London’s issue however, is that it is just way too busy. You’ll be lucky to find a quiet spot for a romantic picnic for two in Hyde Park, walking hand in hand is a no-go when busy commuters charge past you at such a high speed they’d likely break your arm before you can let your partner’s hand go, and that candlelight table won’t be ready for another 45 minutes sir so perhaps you’d like to blow your money at our £15 a cocktail bar over there? Plus, London is so diverse there’s no way on Earth you’ll both agree on what you want to do. ‘You want to drag me through Greenwich just to see a line?!’ she moans, ‘it’s an authentic London experience!’ you’ll say as he sanitizes his hands for the sixth time in that East End greasy spoon you’re visiting. In the end you’ll end up admiring dino-bones at the Natural History Museum, both pretending you hadn’t already seen them on that year 9 school trip or struggling to comprehend why the cast of RENT didn’t just grow up and pay the goddamn rent as your knees grow numb in some Art Deco theatre. You’ll spend the majority of your time arguing and looking for each other. Arguing because you knew you were right when you said this side of the platform was heading westbound not eastbound, arguing because of course it’s quicker to just walk from Leicester Square to Covent Garden than take the tube, arguing because how the hell am I supposed to know if St James’ Park is on the Northern Line?! (fyi it’s not) and then looking for each other as one of you storms off  blindly into the crowd after a fight in Trafalgar Square or looking for each other because one of you was focusing too hard on minding the gap and got left behind on the platform and of course neither of you can remember what your Tube Separation Protocol was (do I wait here for you or do you wait at the next stop for me!?!?!?) It’s a shame because London could potentially be a haven for loved up couples but unless you want to leave hating the person you’d be better off renting a cottage in the Cotswolds.

One thought on “Romancing the City part 1: Paris & London”